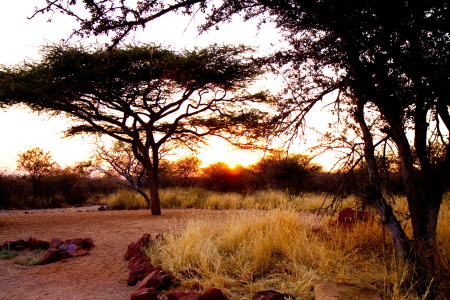 Today we were going to do our longest drive so far, driving from Agama River Camp near Sossusvlei through Windhoek, to pick up a new vehicle, and on to Otjiwarongo were we were going to be camping at Okonjima , the home of the AfricCat Foundation .

We broke camp early and finally got on our way just before 9 and stopped at Solitaire for a quick break. The baker at least had his shoes on today.

We drove back through Graub Pass and through the stunning Gamsberg Pass and finally reached Windgoek around 4 in the afternoon having only covered half the distance of the day, which meant that we would be arriving at Okonjima well after dark.

When we arrived at the Budget Rentacar place to see if we could change vehicle to get back into a Hilux, we were told that they didnt have a spare vehicle but that we could at least get another fridge. One that worked! So we were stuck with the Nissan and not much leg room in the back seat. 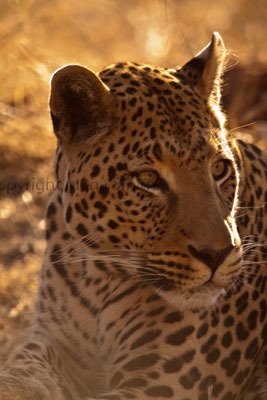 The road from Windhoek to Otjiwarongo is the longest, straightest road Ive ever travelled on. No slight curves even, for probably 100km. We stopped to stretch our legs somewhere around Omatako and it was dark already. As we were standing by the vehicle, with the doors open the lights of oncoming cars put a shadow from the top of the doorframe firmly across the eyes of Chris and Lionel making them look like the Highway Bandits of Namibia, absolutely hilarious!

Just spotted the entrance sign to Okonjima as we drove past and did a quick turn around. Joseph, the man on the gate was waiting for us and gave us instructions to drive slowly until we got to the boat that said Omboroko and someone would meet us there and guide us in to the camp from there. Well, we didnt see a boat but a board. Jacques was waiting for us on his quad bike and we followed him in, spotting tomorrows mooning spot on the way... (this probably requires some explanation. We had set ourselves a daily challenge to find something to use as a background for a group moonie session. So far, we had mooned The Tropic of Capricorn and Sesriem Canyon).

Sophie went to bed as soon as the tent went up, we were all pretty tired from all the driving over a very long day. The showers and toilets were open on side overlooking the bush  excellent, absolutely love that  walls made of sticks and with a straw roof. Sat around the fire with some red wine and smoked sausage to finish off the day. One of the security guards from Okonjima came along and told us that there were hyena and leopard roaming around and could get into the camp, so he gave us a radio and a panic button should something happen to us during the night. It was a quiet night a wed had no reason to use either panic button or radio when Jacques and Nicholas picked us up at 0630 to take us to the AfriCat Foundation to meet the cats.

First off we stopped to see a leopard. He was absolutely stunning and we sat and watched him for ages. A local farmer had found him as a cub and hand reared him so he was very comfortable around people. However at one point after he was more or less fully grown the farmer had been in hospital for a long time and when he came back home, the leopard had decided that the house was now his domain and AfriCat is now taking care of this beautiful creature. 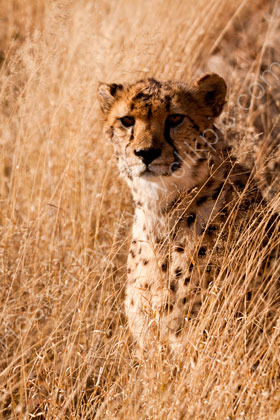 We also saw a few cheetahs, which was absolutely fantastic. I must say that they are my most favourite cat. After our early morning game drive we drove into Otjiwarongo to stock up on some food and drink and decided to check out the Cheetah Conservation Fund which is just north of the town. Well, that is 40km down a dirt road towards the Waterberg Plateau. Saw a few cheetah there, including Chewbaka, their oldest ambassador and did a tour or their education centre. Very interesting.

Back in camp (following our daily moon on the way in), we chilled out for a bit before we went up to the viewing point for a sundowner. Sophie decided to stay in camp and read her book. As she sat there quietly reading, a dik-dik strolled into the camp and came right up to our fire pit. During the night, we were listening to the hyenas nearby. Love that sound.

Jacques picked us up again early the next morning to take us over to see Domino, the 7 year old male cheetah we sponsor at AfriCat. Apparently he was on a diet, so had to be separated from the others. In addition hes also tried to escape so hes in a cheetah Alcatraz at the moment. We were very privileged to be able to meet our own cheetah. Okonjima are building a 22,000 hectare reserve and when we stood up on the top of the mountain, Jacques explained where the current fence is for the 4,000 hectare reserve and then where the new fence would be  basically at the foothills on the horizon! They will be releasing the cheetahs who are ready, with GPS collars, as soon as the fence is up and has been tested. Hopefully by April 2010. Domino will be one of those released as once when he escaped they found him on a kill, so he should be able to fend for himself. Jacques also showed us the clinic at AfriCat where the cats are treated and collared.

(As a footnote, a couple of months after we returned home, I had an email from Carla saying that Domino was doing well and is now in a larger enclosure with some lady friends, which makes him happy. Hes off the diet as the girls appear to be giving him a work out letting him chase them)